The exhibition exemplifies the diversity of Scott’s output. Included are works showing his continual interest as an artist in the analytic possibilities of Cubism. These are shown alongside the largely figurative work that featured so strongly in the last decade of his life. These works often draw for inspiration on classical writers such as Ovid but as Normand comments “Scott’s innovation was to take the epic, the heroic and the classical and democratize that conceit , such that the superhuman was revealed and realized as the conventional”. A small selection of paintings from ‘The Builders’ series are also included. Seldom seen, these come from an early series of figurative work. Once described as ‘Spencerian’ by a reviewer they highlight Scott’s continual “reflection and conjecture on modern life and the poignant condition of being human.” 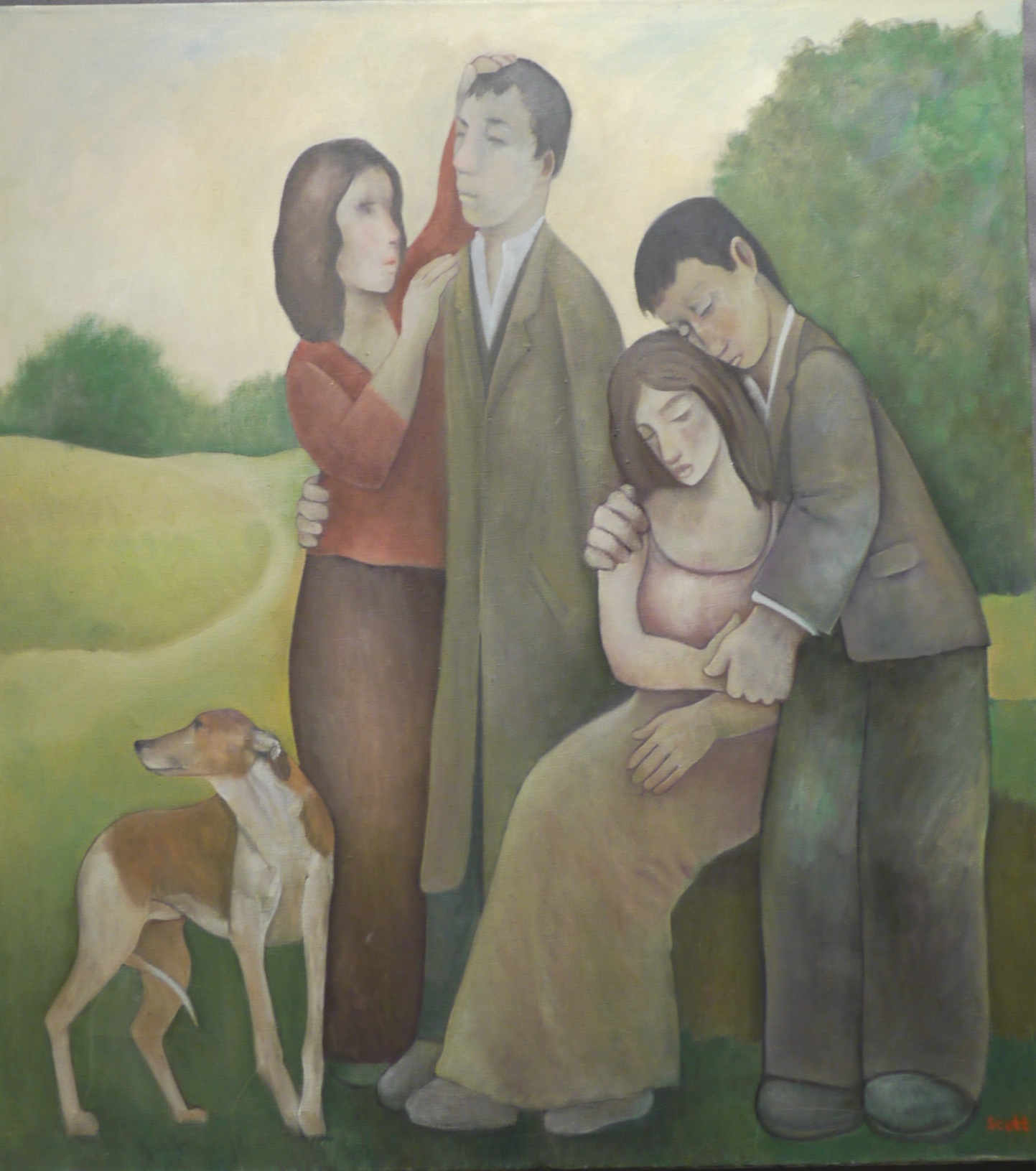